Vintage pinball machines, from the old wooden rail machines, which were made in the early 1960s and earlier. They were called wooden rail games because they had wooden rails on the sides of the machine and a wooden frame around the rear glass.

This vintage pinball machine with a wooden rail called the “Gusher” in the late 60’s sold for $ 200. And now you couldn’t find one like that for that price. Nowadays there are a lot of arcade games machines available like jetball alley, iceball pro, skee ball, etc.You can learn more about these machines through Alleyrollers. 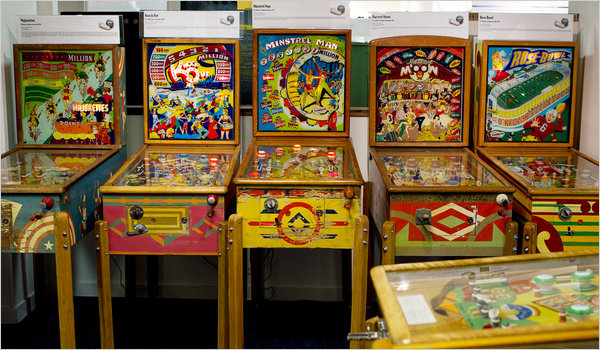 The machines that appeared in the 1960s and 1970s were considered old-fashioned pinball machines. This is the period when pinball was king, before coin-operated video games appeared.

One of the most popular antique pinball machines of this era was called “King Kool”. It was a very fun machine with double fins on each side. It seems so simple now compared to the modern machines of the last 10 or 15 years.

In the 1960s and early 1970s, all pinballs were what were known as electromechanical or EM machines. They had reels that spun to show the score, or lights that showed through the rear glass.

If you are looking for vintage pinball machines, you are probably referring to any that were built before 1977. In 1977, the advent of the solid state or SS pinball machine occurred, and the industry changed forever. Now, circuit boards and digital displays have taken over.